My Secret Passion: The Arias Review

By the evidence of My Secret Passion, Michael Bolton's secret passion is opera. For several years, he had included arias in his concerts, but he had never recorded them until My Secret Passion. Bolton's bombastic style is relatively well-suited to arias, since he certainly can project his voice quite powerfully. He doesn't have the subtlety to deliver this repertoire completely convincingly, but the Philharmonia Orchestra, under the direction of Steven Mercurio, helps camouflage his weaknesses, as does the guest appearance of soprano Renee Fleming. In other words, My Secret Passion isn't the disaster that Bolton's detractors were expecting, but it isn't a triumph, either. Instead, it's a welcome change of pace from a singer who has become a touch too predictable. 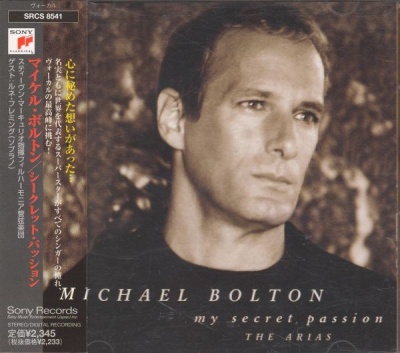