It's hard to resist the notion that Michael Bolton, who took considerable flak in the press for storming the charts with copycat reproductions of '60s soul hits -- "(Sittin' On) The Dock Of The Bay," "Georgia On My Mind," "When A Man Loves A Woman" -- felt "suddenly compelled," as he put it here in a sleeve note, to devote an entire album to cover songs after publicly confronting his critics at the Grammy Awards ceremony in February 1992. "I believe that a great song can live forever," he also noted, and it may be added that one definition of a standard is that it can survive any treatment -- there's not much you can do to "Yesterday" or "White Christmas" at this point, and those attracted to Bolton's phlegmy approach doubtless appreciated having his takes on them. On the other hand, as with his previous R&B appropriations, versions of songs like The Four Tops' "Reach Out I'll Be There" and Sam And Dave's "Hold On, I'm Comin'" only succeeded in confirming Bolton's inferiority to his predecessors. Perhaps the most appropriate matchup (and the album's hit single) was The Bee Gees' "To Love Somebody": hacks meet hack, and the result is a draw. Still, it's hard to get through an entire Michael Bolton album without pondering the question-- how long can you stay that choked up without actually asphyxiating? 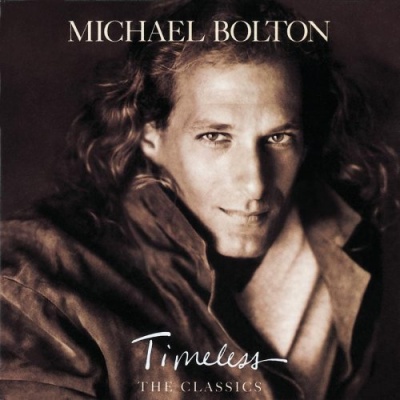