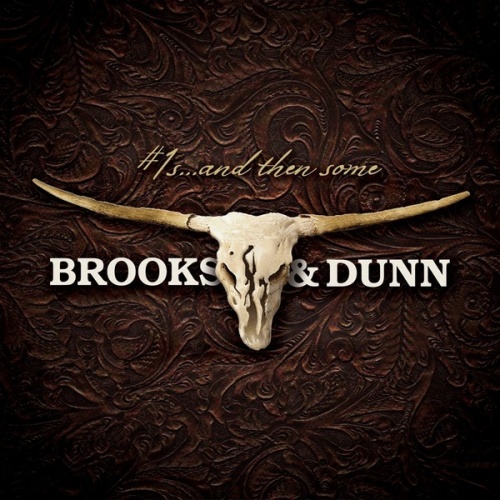 Three weeks before the release of this double-disc best-of-and-then-some collection, Kix Brooks and Ronnie Dunn, who as Brooks & Dunn were one of the most successful duos in country music history, decided to call it a day after 19 years, 40 singles (half of which topped the country charts), ten studio albums, and a slew of awards. While their announcement stunned contemporary country fans, recent albums showed the pair beginning to rely too heavily on their formula and not enough on new ideas. Still, as far as the industry was concerned, they went out on top. #1s...and Then Some contains 30 tracks spread over two discs and includes two new songs. Disc one opens with Ronnie Dunn and Terry McBride's barroom and stadium rock killer "Honky Tonk Stomp," which opens the set with special guest guitar blazer Billy Gibbonsof ZZ Top, and disc two opens with the pair's own "Indian Summer," a midtempo ballad that's as fine a summation of their collective career as listeners are likely to get. Dozens of familiar cuts are here, from their first smash "Boot Scootin' Boogie" to the gorgeous cover of B.W. Stevenson's "My Maria" and a slew of other hits and B-sides -- including "Cowgirls Don't Cry" and "If You See Him/If You See Her," both with Reba McEntire. While it's true that many of these tracks have been collected on the two previous hits collections, this is the first time that all the number ones have been in one place, and it's the best argument there is for the legacy they leave behind. Remember, this duo originally consisted of two solo artists who became a group as the result of an arranged marriage by their record company; the combination worked better than anyone ever dreamed. They may return to being solo acts (Dunn has written for a slew of country artists over the years), but with greatly expanded musical palettes and media-savvy aesthetics because of their longstanding relationship.