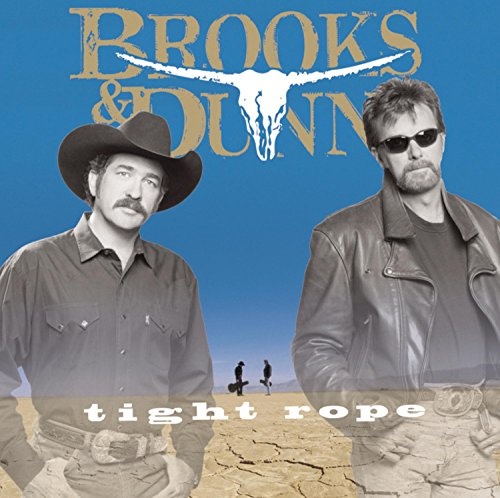 Brooks & Dunn have always seemed more tradtionalist than they actually were. Even with their first album, they had a clear commercial mind behind their rootsiest material, and it's undeniable that they were not only one of the driving forces behind the line-dance craze, but that they had some of the better mainstream country ballads of the decade. Their trick was not just strong vocals, but keeping the music lean and direct, so it sounded like straight-up country even when it had pop aspirations. They retained that illusion up until the end of the '90s, when they not only increased their pop quotient, but they started to feel like a collective instead of a duo. That's a roundabout way of saying that 1999's Tight Rope, while a solid album, isn't quite up to their old standards. For instance, such blatant radio crossover moves as covering John Waite's new wave-era classic "Missing You" feels wrong, even if it's done as well as it possibly could be. That's obviously a misstep, but the really strange thing about Tight Rope is how the alternation between a Brooks song and a Dunn song feels like two solo albums pieced together, which is something that's never happened before. That these pieces are musically in line with the duo's previous efforts only hammers home the fact that this record is competent, occasionally enjoyable, but not particularly inspired. Parts of the record work quite well, such as "Temptation #9" or the closer, "Texas and Norma Jean," but there are large stretches that either feel contrived or a little too generic. Since Brooks & Dunn are professionals, Tight Rope is always listenable, but the combination of bland material and the disjointed feeling of the record leaves it a little unsatisfying.