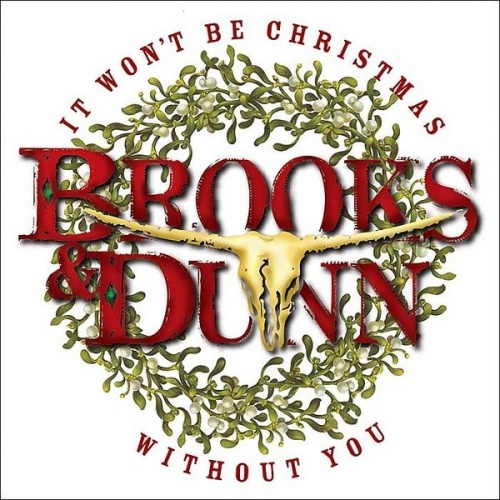 IT WON'T BE CHRISTMAS WITHOUT YOU finds Brooks and Dunn wisely foregoing the drippy, synth-laden production that ruins many contemporary country Christmas albums, instead relying on the neo-honky tonk sound that made the duo famous. Though there are several of the usual chestnuts here, the group's originals are often highlights, especially Ronnie Dunn's "It Won't be Christmas Without You," which shows the singer to be a powerful balladeer equally as talented as some of his better known pop contemporaries. Kix Brooks gets to strut his stuff on the funky "Rockin' Little Christmas," which features a New Orleans piano groove straight out of the Professor Longhair songbook. A Christmas album can often separate the men from the boys, and Brooks and Dunn prove themselves here by attacking even the most oft-covered tunes with aplomb. "Santa Claus Is Comin' To Town" gets the total Bob Wills makeover, complete with righteously swinging fiddles and jazzy key changes. To their credit, Brooks and Dunn treat IT WON'T BE CHRISTMAS WITHOUT YOU as much more than holiday product; the joy they bring to what could easily have been a throwaway is truly a cause for celebration.