Emboldened by the positive reaction to 2001's Steers and Stripes, where the venerated veteran country duo stretched their musical chops, Brooks & Dunn followed with a record that pushed even further and garnered greater musical achievement. Released in the summer of 2003, Red Dirt Road is a bit of a concept album, with Brooks & Dunn sketching out a nostalgic trip through their past and a tribute to their roots and upbringing. This isn't just conveyed by the lyrics, which contain offhanded references to '70s icons, including Born to Run; the music touches on a bunch of the duo's formative influences, whether it's the Keith Richards homage that kicks off the album opener, "You Can't Take the Honky Tonk Out of the Girl," or the Stax horns that punctuate "Believer." Instead of sounding bound to tradition, Brooks & Dunn sound as musically invigorated as they did on Steers and Stripes, demonstrating nuance and muscle in equal measures; after all, they not only do modern country-rock better than their peers, they can pull off a dobro-driven honky tonk song like "My Baby's Everything I Love" with equal aplomb, and then dive into wry satire with the uncredited gospel satire "Holy War" that closes the album. It's not just the amalgam of styles that impresses, but it's the writing, which is as wide-ranging as the performances and just as convincing. Plus, the loose concept gives the album structure and focus, and this, added to the fine songwriting, means that Red Dirt Road is not just one of Brooks & Dunn's most ambitious records, it's also one of their best. 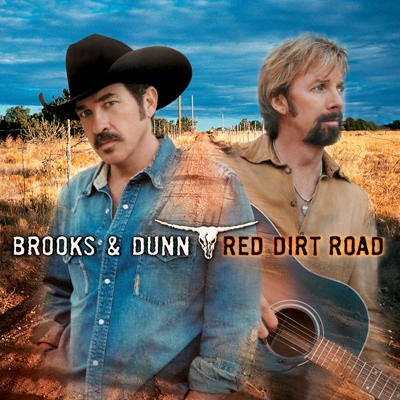