Try as companies might, a perfect anthology framing the famous family of funk still manages to elude even the most fickle of aficionados. While 2003's Ultimate Collection is an expansive look at the group's career, it most certainly isn't as thorough as 1999's outstanding Rhino box set, which is simply too rich to satisfy the curious or casual listener. Quite simply, it's nearly impossible to include the group's greatest moments on one disc, and most two-disc sets have a tendency to become ripe with filler. While The Essential Isley Brothers is no exception to the rule, it certainly is the most accessible when measured against the aforementioned anthologies. The track sequencing is erratic but covers many of the group's anthems right away on disc one, the most jarring contrast being between the opening pre-fuzzed good times of "Twist and Shout" and the fuzz-guitar orgy that became "That Lady." Disc two covers every single permutation of the group's later years: from the '80s quiet storm of Isley Jasper Isley's "Caravan of Love" to Mr. Biggs' collaborative work with R. Kelly in the early part of the 2000s. Including these later projects serves to give the listener a comprehensive survey of the Isley family evolution over the past five decades, but not much else would warrant the inclusion of "Down Low," especially in contrast with so many of their ultimate anthems. Overlooking that fact, you'll find yourself subconsciously (or intentionally) head-bobbing or toe-tapping along with these discs through and through, and rightfully so, as this is a first-class compilation that casual listeners and loyal devotees will be more than satisfied with. [The Essential 3.0 edition features a third disc containing eight deeper tracks ("Get into Something," "Go for Your Guns," etc.).] 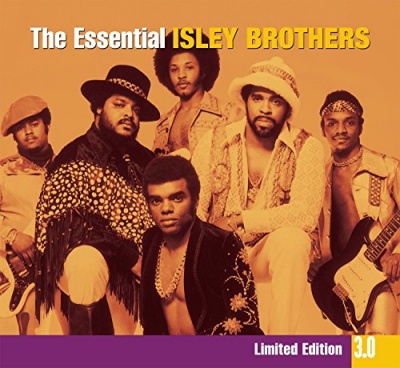