Live It Up Review

One of the many classic albums the Ohio natives recorded. This set features two up-tempo numbers: the title track "Live It Up" and "Midnight Sky." The former is a soulful funk track paced by a humpin' bassline, robust background vocals, and Ernie Isley's electrifying guitar solos. It checked in at number four on the Billboard R&B charts. The latter is a smoother dance number in which Ronald Isley's vocals go from a cool, calm delivery to a resolute clamor. It peaked at number eight. Both have lengthy vamps, ideal for parties. As for the romance, "Hello It's Me" and "Brown Eyed Girl" are two gems. "Hello It's Me" is the classic ballad. Ronald's melodic intro is mesmerizing as he finesses the lyric "hello," which sets the tone for this beautiful number. His artistic interpretation of the lyric is demonstrated without blemish. This song was formerly recorded by Todd Rundgren, who also wrote it. "Brown Eyed Girl" is a mid-tempo number that's seasoned with a folk-like guitar and the rich vocals of Ronald. Neither single was ever a release, but today both are radio regulars. 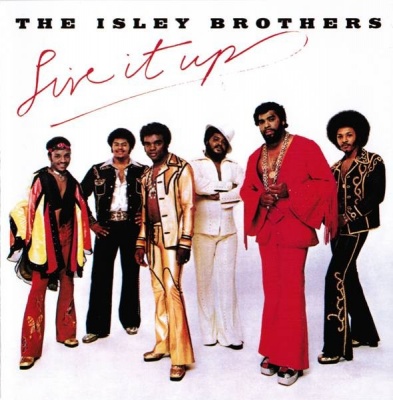 Live It Up Album Information