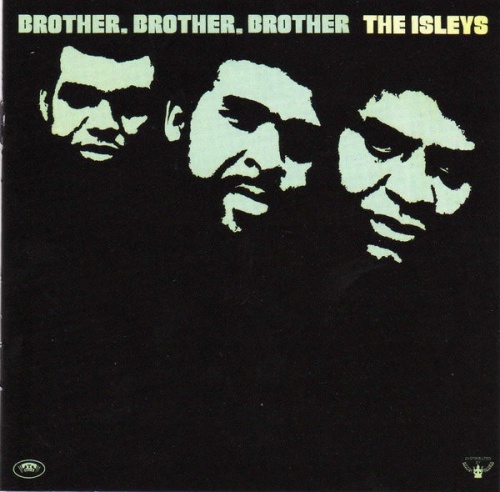 With 1972's Brother, Brother, Brother, younger brothers Ernie and Marvin Isley, along with in-law relative Chris Jasper, began to play major roles in the Isley Brothers' sound. This also marked their first attempt to "Isley-ize" classics made famous by others. Their rendition of Carole King's "It's Too Late" rivals the original; Ron Isley sings the tender ballad in a softer voice then he used on previous recordings. An update of Jackie DeShannon's "Put a Little Love in Your Heart" is an uplifter. They didn't completely alienate fans of their harsher sound, the rocking, humorous "Pop That Thang" and "Lay Away" are fine examples of R&B and rock. "Pop That Thang" has a sloopy beat and biting lyrics, while "Lay Away" takes off on the popular buying option before the advent of the credit card. The Isley Brothers were big Carole King fans, in addition to "It's Too Late," they perform two other King songs, "Brother, Brother" and "Keep on Walkin'"; the latter is coupled with "Sweet Season." Their own "Work to Do" is a stone rocker that has been recorded by many, including the Average White Band, who scored big with the cooker 3 years after its release, it remains one of the Isley Brothers' most requested songs.