Rarities spans two decades, from a 1986 version of "Never Stop" -- written in Emily Saliers' Tulane dorm room in 1981 -- to "Walk Your Valley," a song meant for Indigo Girls' 2004 album All That We Let In. In between there are covers, live recordings, guest appearances, and memories. There's a percussive take on "Uncle John's Band" from the 1991 Grateful Dead tribute Deadicated, and a live version of Elton John's "Mona Lisas and Mad Hatters" from 2004; Amy Ray's vocal on the Clash's "Clampdown" cuts like gravel, even if the instrumentation is way too clean. "The judge said five to ten but I say double that again/I'm not working for the clampdown." The Shaming of the Sun outtake "Winthrop" is Saliers and her piano lost in a contemplative reverie, and Amy Ray has a confession to make about "Cold As Ice," captured here live in Chicago in 1993. "I always felt bad for using a Foreigner title for my song," she writes. Other Rarities highlights: the atmospheric Michael Stipe collaboration "I'll Give You My Skin"; Woody Guthrie's "Ramblin' Round," and the closing harmony piece "Finlandia with Ani DiFranco guesting. With more than 20 years to go on, some fans might wish for more from this set. It has a few nice surprises, but diehards will already have most of the tracks. That said, Rarities wasn't meant to be comprehensive. It feels like a collage, from its cross section of music, to the jumble of album art and photographs inside, to its bold graphics integrating song lyrics. Rarities is an instant Indigo Girls scrapbook for everyone. 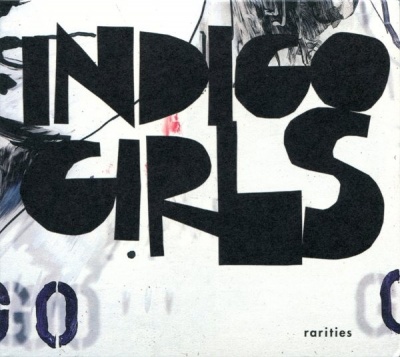