Indigo Girls had sort of boxed themselves into the corner during the late '90s. They had become pop culture icons, as known for their politics as their music. Unfortunately, being in such a position meant their music had gotten a little stale, as the good but predictable Shaming of the Sun illustrated. The duo seized the opportunity to experiment and redefine their music with 1999's Come on Now Social. Amy Ray and Emily Saliers invited a host of guest musicians -- including Sheryl Crow, Joan Osborne, Me'Shell Ndegeocello, Natacha Atlas, Sinéad O'Connor's backing band Ghostland, the Band's Garth Hudson, and Luscious Jackson's Kate Schellenbach -- to contribute to their most eclectic set of songs to date. Yes, they had a full, even prog rock sound on Swamp Opheila, but the Indigos tackle a number of different styles on Come On Now. "Go" opens the album in a roar, rocking harder than anything Indigo Girls have yet recorded, but it only sets the pace for the rest of the album in that it offers a departure. From that point on, the duo tries on other styles; they don't abandon the folk-rock that made their name, but they add straight-ahead rock & roll, old timey folk, modern country, and, in the case of the wonderful single "Peace Tonight," pop-soul. Not only are the different styles welcome, but the songwriting is strong and the performances revitalized. Indigo Girls never went away, but it's the highest compliment to be paid to Come On Now Social to say that it feels like a fully realized comeback. 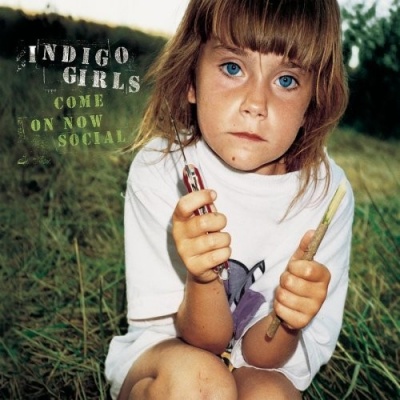