With their first major label release, the Indigo Girls come on strong with an outstanding batch of tunes, watertight harmonies, impeccable musicianship, and flawless production. And entering the folk-rock music scene on the successful heels of R.E.M., Tracy Chapman, and 10,000 Maniacs pushed their sales over the million mark and earned the duo a Grammy for Best Folk Recording. The eponymous release kicks off with the upbeat jangle bounce of "Closer to Fine," a modest hit, all-time fan favorite written by Emily Saliers, and a tune the Girls still play at every concert. A particularly fascinating point is that the Indigo Girls never write songs together, but they compliment each other perfectly. The difference in styles becomes immediately apparent when the more dark and brooding Amy Ray steps up. Her remarkable contributions include "Secure Yourself," "Kid Fears," and "Blood and Fire," spiritual ruminations of life, love, pain, and faith which bury themselves deep inside your core whether invited or not. Weighting the opposite scales, Saliers offers a tender balance to Ray with two beautiful ballads, "Love's Recovery" and "History of Us." (Ray's "Land of Canaan" was once a ballad, but then she heard the Replacements and it became a bit of a rocker.) Chiming in with musical support are Hothouse Flowers, Luka Bloom, and fellow Georgians R.E.M. This self-titled release captures the passion of their youth with voices that are a little cloudy, untamed, and raw, but the power that surges through them suggests a maturity far beyond their years. The same can be said of the songwriting -- sheer poetry. To attempt examinations of these songs would not do them justice, for the layers of meaning and emotion unfold best upon repeated listening. 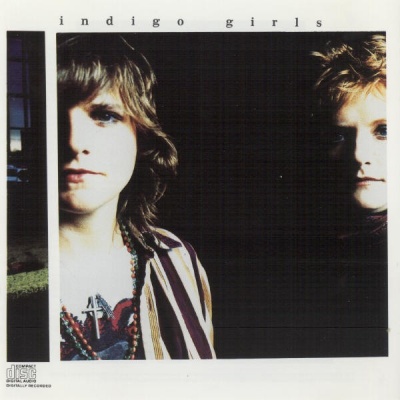