"People who just know Billy Joel from Top 40 singles may not like Billy Joel, and I can't say I necessarily blame them. I don't think that really represents the sum and substance of my work."

So says Joel in the liner notes to My Lives, a comprehensive four-CD/one-DVD box set that uses rarities, B-sides, soundtrack contributions, demos, album tracks, and the occasional hit to draw a musical biography of one of the more successful recording artists of the rock & roll era. In essence, the box is an argument for Joel's statement that his hits do not represent his work accurately (thereby, it also acts as an antidote to his previous box set, which just stuck the three volumes of his greatest hits together). The fact that this is a clearing-house for non-LP cuts, something that has been long awaited by hardcore fans, is almost beside the point -- this is intended as defense of Joel's work as a whole, an argument for his strengths as a writer and a musician, with the rarities being offered as Exhibit A. While it cannot be argued that Joel's unreleased material is on the level of either Bob Dylan or Bruce Springsteen -- quite frankly, he's not nearly as prolific a songwriter as either -- My Lives does act as a counterpart to Tracks or The Bootleg Series in how it fills in the cracks within the catalog. But since this doesn't add much to the official record, the way that those two landmark sets did -- for the abundance of rarities here, there are only five brand-new, unfamiliar songs hauled out of the vaults; the rest are alternate takes and early versions of familiar songs -- a better comparison is the Band's A Musical History, which traced the group's career using a wealth of rare material to illustrate the band's growth and depth.

Here, the unreleased material, oddities, and overlooked tracks are used to illustrate the truth within the set's title -- that Joel did indeed have several musical lives during his long career. To that end, My Lives is indeed a success, since it's the first Billy Joel release to acknowledge that he was in bands prior to launching a solo career in 1971, offering two songs apiece from the Lost Souls and the Hassles and just one monstrosity from his legendary heavy metal organ-n-drums duo, Attila. It also goes out of its way to emphasize Joel's latter-day classical work; not only does it contain three selections from his Fantasies & Delusions album, but Anthony DeCurtis' liner notes linger so long on Joel's classical pieces, it seems like a justification of sorts. But that's fine -- having the lesser-known psychedelic and garage R&B bands bookend classical compositions performed by Richard Joos not only offers a nice contrast, it tells the story and in a way no other Joel compilation has, even if 2001's Essential did end with a few classical cuts. And if the intention was to help build the case for Billy Joel, songwriter and musician, opposed to rock star, this box is successful, at least partially.

For the first two discs, My Lives is flat-out terrific, even when the music is somewhat less than perfect. The Lost Souls were generic '60s garage pop, and while the Hassles were better, they were a bit too close to the Rascals, yet all this works in the greater context of the box -- it provides context for what Joel did next. And after the aptly titled "Amplifier Fier" from Attila, the set goes into a great series of rarities, starting with the organ-driven precious pop of "Only a Man" and continuing through "Oyster Bay," the best previously unheard song here, and then a bunch of Western-themed Piano Man demos, including the title track with different lyrics and mind-bendingly distracting echo, "The Siegried Line," an early version of "Worse Comes to Worst" called "New Mexico," and the unreleased "Cross to Bear." Soon, album tracks start to be woven into the greater fabric of the set, but the rare material keeps flowing throughout the second disc. And there are a bunch of highlights here: an early "Only the Good Die Young" with a reggae beat, a demo of the B-side "Elvis Presley Blvd" called "The End of the World," plus the actual flip side, an early version of "For the Longest Time" called "The Prime of Your Life" that has none of the doo wop, a version of "Christie Lee" that's looser and better than the finished one, an early "And So It Goes" dating from 1983, the year it was written, and the rollicking "Nobody Knows But Me," a contribution to a children's album. Some of this material is a little rough, but taken together, it not only gives a good sense of the range of Joel's work -- he did rock & roll, R&B, sensitive singer/songwriter, epic pop -- but that he had an exceptional sense of craft, something that's particularly notable from the demos.

If My Lives consisted of just these two discs, or mined this time between 1971 and 1983 (even 1986) more thoroughly, it would not only be flat-out essential for die-hard fans, it would be worthwhile for doubters, since it offers an insight to Joel as a musician and craftsman that isn't quite heard on the final product. Unfortunately, the set has another two discs to go, covering the years from 1989 to 2005 -- a decade and a half where he produced exactly two pop albums and one classical project. It's not just that Joel's productivity dropped sharply during this time; so did the quality of his work, as the third and fourth discs here make plain. Nearly all of this consists of non-LP rarities -- or more specifically, contributions to soundtracks and various compilations, with a handful of live performances and B-sides for good measure. On the third disc, a whopping 11 of the 17 songs are covers, and all of them feel tossed off in the studio, as if Joel knocked them out because of contractual obligations. Arriving after the lively and interesting first two discs, this aggressively bland sequence of slick covers -- highlighted by a version of "Highway 61 Revisted" set to a beat borrowed from Elton John's "Whenever You're Ready (We'll Go Steady Again)" -- is dispiriting and illustrates Joel's decline in a more dynamic, depressing way than either Storm Front or River of Dreams. The fourth disc covers Y2K forward, although even that is a little misleading: his many tours with Elton John are covered with a duet from 1994, and there are two selections recorded in the early '80s taken from the Essential Billy Joel DVD, while the rest, including the three classical selections, are from 2001. This is Billy Joel the old pro, turning out serviceable selections of his classic hits -- a version of which can be seen on the largely inconsequential DVD A Voyage on the River of Dreams, a live concert from Frankfurt that was originally broadcast on the Disney Channel -- and while it's marginally more spirited than the third disc, it doesn't exactly make a case for Joel being a vital artist -- which is pretty much the opposite of the first two discs, where it's possible to hear him grow and develop. Here, you can hear the stagnation set in.

That said, these two discs do help clear out the closet of all non-LP Billy Joel items, so they're useful in that regard, and they do help round out the portrait of Billy Joel the artist -- that his glorious first decade and a half was followed by a decade and a half that failed to deliver on his promise. Accurate though it might be, it doesn't make for great listening, but fortunately, the dividing line is pretty clear on My Lives -- with the exception of his contribution to the Oliver & Company soundtrack, "Why Should I Worry," on disc three, all the good stuff arrives on the first two discs. And there's more than enough good stuff there to make this set worth every penny for the hardcore fans who have been waiting a long, long time for a set like this. 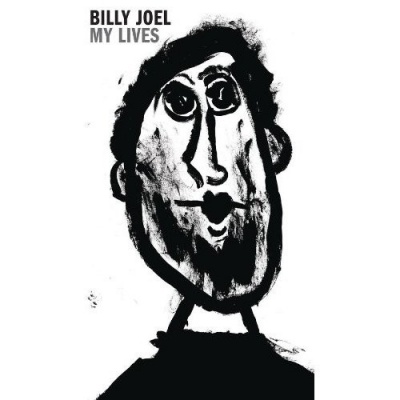