Among the major artists celebrating the end of the 20th century with a New Year's Eve blowout was Billy Joel, who set up shop at Madison Square Garden and played a marathon show lasting nearly three hours. It was quite a feat for a man who claimed that he had retired from pop music, but the last New Year's Eve gig of the 20th century offers an artist a chance to sum up either the past century or their career. Joel decided to do both, throwing in a few classic rock covers at the end of a show that offered a whirlwind spin through his lengthy back catalog. Several songs from the concert are absent on 2000 Years: The Millennium Concert, the audio record of the event, but that's because it's impossible to squeeze three hours onto two discs. That means such staples as "Piano Man" are absent, but they're not particularly missed, since such early classics as "Summer Highland Falls," "The Ballad of Billy the Kid," and "I've Loved These Days" take their place. These moments are what make the record worthwhile for serious Joel fans, since that's where he sounds relaxed and emotionally vested. The rest of the album is pure spectacle, as it builds to a midnight crescendo of "Auld Lang Syne," which gives way to oldies covers and hits. There are certain lapses in pacing that slow the momentum, and Joel's voice does stretch mighty thin at some points. These are the sort of things that are easy to ignore in concert, when the experience is all-important, but on record, it does diminish the overall effect, even for hardcore Joel fans. It's often enjoyable, but the end result is a bit underwhelming, which means that 2000 Years is more like a souvenir of a passed moment than it was intended to be. 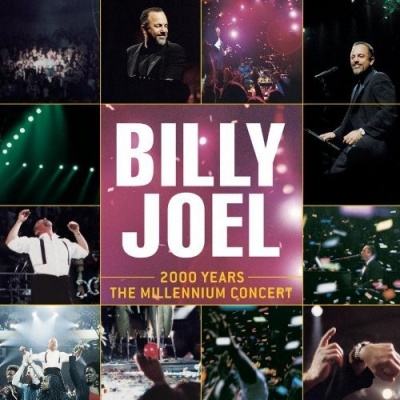