Once The Stranger became a hit, Billy Joel quickly re-entered the studio with producer Phil Ramone to record the follow-up, 52nd Street. Instead of breaking from the sound of The Stranger, Joel chose to expand it, making it more sophisticated and somewhat jazzy. Often, his moves sounded as if they were responses to Steely Dan -- indeed, his phrasing and melody for "Zanzibar" is a direct homage to Donald Fagen circa The Royal Scam, and it also boasts a solo from jazz great Freddie Hubbard à la Steely Dan -- but since Joel is a working-class populist, not an elitist college boy, he never shies away from big gestures and melodies. Consequently, 52nd Street unintentionally embellishes the Broadway overtones of its predecessor, not only on a centerpiece like "Stiletto," but when he's rocking out on "Big Shot." That isn't necessarily bad, since Joel's strong suit turns out to be showmanship -- he dazzles with his melodic skills and his enthusiastic performances. He also knows how to make a record. Song for song, 52nd Street might not be as strong as The Stranger, but there are no weak songs -- indeed, "Honesty," "My Life," "Until the Night," and the three mentioned above are among his best -- and they all flow together smoothly, thanks to Ramone's seamless production and Joel's melodic craftsmanship. It's remarkable to think that in a matter of three records, Joel had hit upon a workable, marketable formula -- one that not only made him one of the biggest-selling artists of his era, but one of the most enjoyable mainstream hitmakers. 52nd Street is a testament to that achievement. 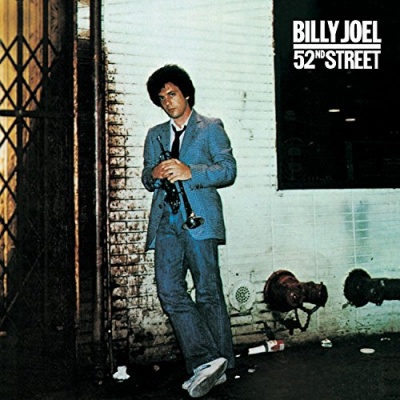