To promote his 2005 box set My Lives, Billy Joel held a series of concerts at Madison Square Garden at the end of the year -- highlights of which are collected on the 32-track, two-CD set 12 Gardens Live. If 2000's double-live 2000 Years: The Millennium Concert seemed bloated and aimless, the work of an old pro going through the motions, 12 Gardens Live is its polar opposite, showcasing a veteran who is thoroughly engaged with his music. Not that this album is all that different in form or sound than 2000 Years: he still works with a big nine-piece band, with many of the same musicians, and he doesn't reinterpret any of these tunes, so it doesn't offer any surprises -- at least on the surface. But there is one big surprise on the album: Billy Joel hasn't sounded this lively or committed in years, since at least his early-'80s heyday. He sounds as if he believes in these songs again, putting real energy into his performances; he's savvy enough to not reach for notes that he can no longer hit, and to know when to punch up choruses for maximum effect. It's not so much that he's having fun with these songs but that he's singing them with passion, which makes 12 Gardens Live an unexpectedly compelling and entertaining listen. It also helps that the song selection is excellent, downplaying anything released after An Innocent Man -- "The Night Is Still Young," "The Great Wall of China," "The Downeaster 'Alexa'," "The River of Dreams," "A Matter of Trust," "We Didn't Start the Fire," and "And So It Goes" are the only tunes from 1986-1993, leaving 24 songs from his classic period -- and emphasizing album tracks: for instance, over half of The Nylon Curtain is here, and the single "Pressure" is not one of the featured songs. Some of these are staples -- "Angry Young Man," "The Ballad of Billy the Kid," and "Miami 2017 (I've Seen the Lights Go Out on Broadway)" are often featured in his shows -- but it's a nice to have "Everybody Loves You Now," "Vienna," "Zanzibar," and "A Room of Our Own" (one of two unlisted bonus tracks) here, since they not only sound good, they illustrate the depth of his catalog. This strong song selection along with the strong performances turns 12 Gardens Live into a treat for long-time Billy Joel fans, particularly those who haven't enjoyed much of what he's done since An Innocent Man. Since it's not an album of new songs, it's hard to call this a comeback, but it certainly is his most enjoyable album in 20 years. 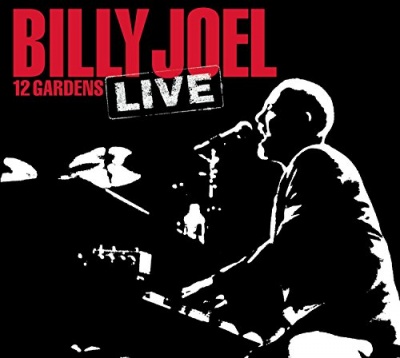 At the Office Hanging Out