Chris Hillman, Gram Parsons, and Kevin Kelley all left the Byrds in wake of the release of Sweetheart of the Rodeo, leaving Roger McGuinn to assemble a new band from scratch. Dr. Byrds & Mr. Hyde, the first album with McGuinn as unquestioned leader (and sole founding member), was an interesting but uneven set that saw him attempting to bring together the psych-tinged rock of the group's early period with the pure country that Parsons had brought to Sweetheart. The new lineup on this album was as strong as any the band would ever have, with guitarist Clarence White sounding revelatory whenever he opens up, and Gene Parsons and John York comprising a strong and sympathetic rhythm section. But while everyone on board was a great musician, they don't always sound like a band just yet, and the strain to come up with new material seems to have let them down; McGuinn contributes a few strong originals (especially "King Apathy III" and "Drug Store Truck Drivin' Man," the latter written with Parsons before his departure from the group), but the two songs he penned for the movie Candy are just short of disastrous, and the closing medley of "My Back Pages" and "Baby What You Want Me to Do" sounds like padding. Dr. Byrds & Mr. Hyde proved there was still life left in the Byrds, but also suggested that they hadn't gotten back to full speed yet. 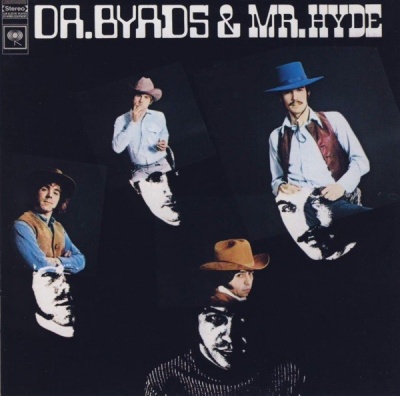