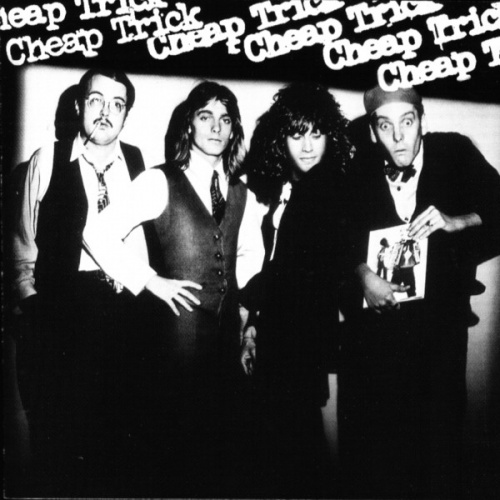 Cheap Trick's eponymous debut is an explosive fusion of Beatlesque melodic hooks, Who-styled power, and a twisted sense of humor partially borrowed from the Move. But that only begins to scratch the surface of what makes Cheap Trick a dynamic record. Guitarist Rick Nielsen has a powerful sense of dynamics and arrangements, which gives the music an extra kick, but he also can write exceptionally melodic and subversive songs. Nothing on Cheap Trick is quite what it seems. While the songs have hooks and attitude that arena rock was sorely lacking in the late '70s, they are also informed by a bizarre sensibility, whether it's the driving "He's a Whore," the dreamy "Mandocello," or the thumping Gary Glitter perversion "ELO Kiddies." "The Ballad of TV Violence" is about mass murder, while "Daddy Should Have Stayed in High School" concerns pedophiles. All of it is told with a sense of humor, but it doesn't come off as cheap or smirking because of the group's hard-rocking drive and Robin Zander's pop-idol vocals. Even "Oh, Candy," apparently a love song on first listen, is an affecting tribute to a friend who committed suicide. In short, Cheap Trick revel in taboo subjects with abandon, devoting themselves to the power of the hook, as well as sheer volume and gut-wrenching rock & roll -- though the record is more musically accomplished than punk rock, it shares the same aesthetic. The combination of off-kilter humor, bizarre subjects, and blissful power pop made Cheap Trick one of the defining albums of its era, as well as one of the most influential.