Cheap Trick attempted to ride the new wave on 1982’s One on One, but wound up with a wipe-out, so they recovered by hiring Todd Rundgren, one of the few ‘70s album-rockers who proved that he knew how to negotiate the treacherous waters of the early ‘80s, for 1983’s Next Position Please. Rundgren wielded a heavy hand during his production, pushing Cheap Trick toward making a record that could easily be mistaken for a Utopia record -- so much so, the Todd composition, “Heaven’s Falling,” slips onto the second side without calling attention to itself. The bright surfaces with the guitars and keyboards melding so tightly with the vocal harmonies they’re inseparable, produce a sound that is uncannily reminiscent of Oops! Wrong Planet, but Rundgren also helps keep an eye on quality control, letting Robin Zander’s terrific “I Can’t Take It” open the album, coaxing the band to cover the Motors’ “Dancing the Night Away,” and editing Rick Nielsen’s best set of songs since Heaven Tonight. Next Position Please is still very much a new wave-era Cheap Trick album -- this is shiny surfaces, not kicks to the gut -- but it’s the best of the lot, and one of their best-ever albums. 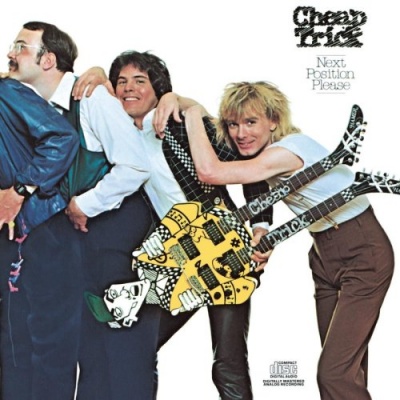