One on One Review

Tom Petersson left Cheap Trick following the George Martin-produced All Shook Up, and the band was somewhat left in a lurch, recording 1982’s One on One largely without a bassist; eventual replacement Jon Brant is on record and on the cover, but he’s obscured by a picture of Rick Nielsen, possibly because the guitarist handled the bulk of the basslines on the LP. In any case, One on One finds Cheap Trick rebounding from Martin with a slick, punchy, AOR record, hemmed in a bit by stiff sequenced rhythms -- you can almost feel Bun E. Carlos straining against the metronome -- but sparkling in its analog synths and pumped-up guitars. No, it’s not as ballsy as Cheap Trick’s best, but its glossy glimmer is appealing, a combination of heavy metal roar and new wave strut, and would be more so if the songs were just a bit tighter. Sometimes, Nielsen winds up knocking it out of the park -- the title track grinds nicely, “She’s Tight” is good and sleazy -- but there are several truly odd detours, usually when the group veers too strongly toward the new wave, like on the awkward, clanking “Saturday at Midnight” and the stiff Devo misinterpretation “I Want Be Man." These tracks accentuate the album’s 1982 artifact appeal, but ironically, are the things that kept it from being a blockbuster at the time. 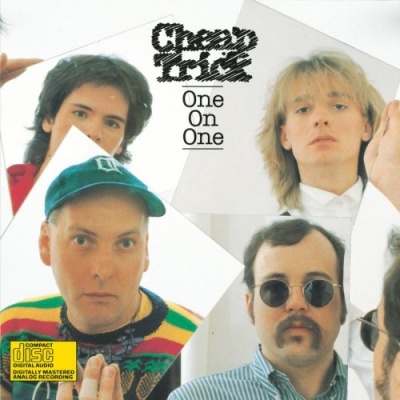 One on One Album Information