a girl a bottle a boat Review

Train got a little bit of a shakeup once Jimmy Stafford left the band in the wake of Train Does Led Zeppelin II. Stafford's departure means Train is the Pat Monahan show, a move that doesn't necessarily result in a radical musical makeover on a girl a bottle a boat. Recorded in the months after the proudly retro Train Does Led Zeppelin II, a girl a bottle a boat bears no traces of hard rock whatsoever. Instead, Train dip into a variety of old pop styles, re-appropriating Hoagy Carmichael and Frank Loesser's old standard "Heart and Soul" for the proudly goofy "Play That Song," building "Valentine" on the bones of doo wop, and dressing "Loverman" in girl group accessories. Such colorful flourishes are not isolated. Despite such song titles as "The News," "Working Girl," "What Good Is Saturday," and "Lost and Found," a girl a bottle a boat is an exuberant album, a celebration of everything that makes Train such a corny band. The hooks are big, the production is so glossy that it shines, and it's so cheerful it's bound to irritate anybody who isn't on the band's wavelength. If you're with them, though, a girl a bottle a boat is a good time because of its eagerness to please. 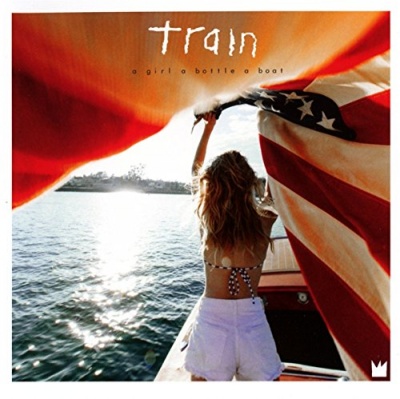 a girl a bottle a boat Album Information

In Love Stay in Bed Affection/Fondness At the Office Morning