Heading down the road from Save Me, San Francisco, Train take a journey on California 37, creating a pseudo-concept album about either the Golden State or Pat Monahan grappling with middle-aged crazies or perhaps a combination of the two. As always with Train, it's nigh on impossible to discern where sincerity ends and satire begins, or if the band even bothers to draw a distinction between the two extremes. When faced with a song like "You Can Finally Meet My Mom," where Monahan either mourns the death of his mother by declaring that he'd rather spend time in heaven with her, not Gilda Radner, Chris Farley, or "the dude that had Pop Rocks and soda,” or he's expressing elation that his beloved can, as the song claims, finally meet his mom in the afterlife, what is the appropriate reaction? On a certain level, Monahan means it, man, when he's tackling a big, universal issue, one that is indeed difficult to capture in a four-minute pop tune, but Train's tackiness envelops whatever trace of recognizable emotion lies within...and not just because the arrangement is so goopy the gospel choir barely registers. It all goes back to Monahan's maddening lyrics, so overstuffed with Gen-X pop culture allusions -- some fresh, most some iteration of TMZ's "'memba them?" signature -- that he undercuts whatever larger meaning he may have. This reduces California 37's opening salvo "This'll Be My Year," an update of Billy Joel's "We Didn't Start the Fire," into a capsule history that dismisses any hint that we're all swept along by forces larger than us and reduces it to a solipsistic celebration of Monahan's life and times. To an extent, he's always written this way, but back in the days of Drops of Jupiter there was some semblance of grit within their rhythms, but in the wake of the near-novelty "Hey Soul Sister," the singalong ditty riddled with naughty rhymes, Train feel free to shed any suggestion that they get down and dirty. California 37 is all sunshine and open roads, all light and bright colors, chirpy pop intent on wearing down your defenses. And that relentless cheer surely suits Train, who happily exist in the surfaces of the modern world, so California 37, in a sense, is a purer record for the trio than even Drops of Jupiter. Here, there's nothing preventing them from indulging in the silliest rhymes, baffling name-drops, nagging hooks, and earworm melodies. You may hate California 37, but you'll never be able to get it out of your head. 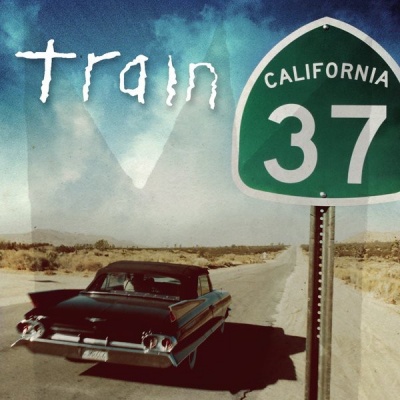 In Love Stay in Bed Morning