Save Me, San Francisco Review

San Francisco's Train hit the charts with a bang early in the 21st century with hits like "Calling All Angels" and "Drops of Jupiter." Save Me, San Francisco took four years to make, four studios in the United States and England, songwriting collaborators, and even a handful of producers, though Martin Terefe gets the final credit. Save Me, San Francisco is a focused record, centering around the theme of a wandering young rocker who falls in love and wants to settle down. The title track opens with an acoustic guitar playing a variation on the classic I-IV-V progression, a snare kicks in, and Pat Monahan's voice is in prime Bob Seger confessional style. A piano and electric guitars enter on "whooo-hooo-hooo" chorus, and it's near-perfect radio rock. That said, the single "Hey Soul Sister," a love song with the best anthemic Train chorus to date, is the album's most memorable cut, name-checking Mr. Mister and employing a Madonna metaphor -- crediting her in the process. Acoustic guitars, kick drums, tom-toms, mandolins, and a B-3 underscoring Monahan's emotive lyrics and melody make it literally unforgettable. "I Got You" samples the Doobie Brothers' "Black Water" as an intro, and then further uses its chorus with a faux-reggae backbeat. It's a high-gloss, big-production pop number. There are a couple of Monahan's signature ballads here, too: the conflict-laden "This Ain't Goodbye," arranged with strings, and "Words," with its undying profession of standing in the eye of the storm to protect the protagonist's beloved. "Brick by Brick," with its swelling choruses, has a lyric that promises the moon and tries hard to deliver it, in the processional 4/4 time that underscores all of Train's power ballads. The album concludes with in "Marry Me," in which Monahan sings prayerfully, accompanied only by an acoustic guitar, flute, and muted percussion. Save Me, San Francisco is a love song to the band's hometown. Their loyal fan base will no doubt celebrate it to be sure, but more than this, Save Me, San Francisco sounds like Train are swinging hard for the pop fences. 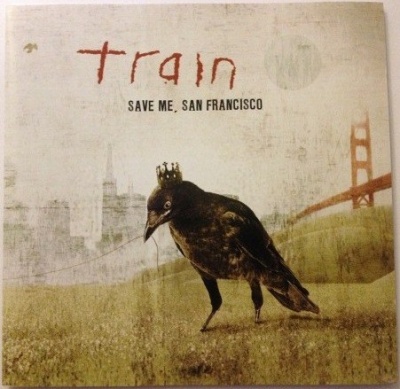 Save Me, San Francisco Album Information

In Love Stay in Bed