A truly refreshing thing about Train's Alive at Last is its sound; it feels like a bootleg recording, where the microphones were all located in the audience, capturing the performance as it happened -- flaws and all. For those seeking pristinely edited mobile unit sound, this isn't for you. This one is for the legions of fanatics that Train inspire. All of the hits are here, and the set opens with (what else?) "Calling All Angels" as the crowd loses it right away and sings along. Listeners can hear the beer bottles tinkling in "Meet Virgina" just before the band erupts on the refrain. Of course, "Drops of Jupiter" is here as is "Sweet Rain," "All American Girl," "Get to Me," and "Stay With Me," which closes it out. Train are on throughout; they don't sound as if they're going through the motions. It's the thing that people love and hate about them the most: they mean it, every word, every beat, every crunchy guitar fill that bleeds into the verse. The singalong parts are irritating, but if you've ever seen the band live, this will pull you in the same way it forces others to flee from them. In fact, this document is the perfect evidence for both sides. It's easy to understand why people hate them; their sincerity is pervasive and it bleeds all over everything. Conversely, this is also precisely why they inspire such devotion in a fan base that is utterly sick of "cool," "hip," "smart," and so on. They only enjoy themselves and affirm who they are with their peers. There are two new studio tracks here, but they needn't have bothered to include them. Not because they're bad or substandard, but because the live set is the story, the whole thing. Coming as they do at the end -- which is the only place they could -- feels like an afterthought and anticlimactic, which of course they are in comparison to this garrulous, excessive performance that gets at the heart of what Train are about for their fans. 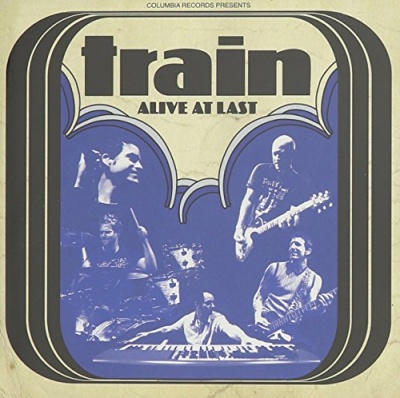