For Me, It's You Review

Train is one of the stranger cases in pop music. While they've been ubiquitous on radio since 2001's smash single "Drops of Jupiter" and have sold literally millions of albums, they are still considered by many to be an outsider act; they fit nowhere handy on the pop culture radar screen. Despite a sound as quintessentially American as the Counting Crows', and 11 years of slogging it out in bars, theaters, and concert halls, they seem to get very little respect. For Me, It's You is the band's third studio offering with producer, multi-instrumentalist, and co-conspirator Brendan O'Brien. Indeed, O'Brien is so closely identified with the band's sound on tape, he is basically a member. The sound of For Me, It's You is less strident than that of the band's previous offerings, but it's edgier and digs deeper into older musics and styles; O'Brien's filled the spaces with sometimes gritty textures. There's more blues and R&B in its feel. Frontman and chief songwriter Patrick Monahan doesn't feel he has to make you believe the authenticity of his emotions; he believes they're real and it's enough. But more than this, he and the band play looser than they ever have in the past, and he's become a solid singer. He doesn't always have the authority to pull off what he tries, but that's part of the album's charm.

The set's first single, "Cab," is the first-person witness of a New York cabbie, accompanied by a piano part that's worthy of one of Billy Joel's finest songs, painterly synth, strummed acoustic guitars, and a killer string arrangement. The report from the driver's seat is both inner and outer. As he observes what transpires through his windshield, he looks deeper at his inner weather. When Monahan sings, "Sometimes, I think I'm the only cab on the road," he's believable. It's a fine song, but it's not the best one here. The polished, full-bodied "Give Myself to You" eclipses it by virtue of its brief R&B-drenched bridge alone, but there's more, too. As the sequenced keyboard line quotes the refrain, the hook is established. Monahan tries his hand at a little covert white-boy R&B singing, and he does it well enough to make the listener wonder why he hasn't tried it before -- when he sings "I'm either outta my head or outta my mind," one can hear him dig deeper into something he doesn't quite understand intellectually, but gets to a degree on the feeling level. This isn't a mistake; he tries it again on "Shelter Me," where he evokes both Steve Marriott and Chris Robinson (the band's new bassist, Johnny Colt, came from the Black Crowes). The tune doesn't quite work with all of its overblown backing vocals and textural dimensions that swallow the glorious Hammond B3 in it.

There's also the bridge in "Always Remember" where Monahan's vocal succeeds in saving an otherwise saccharine melody. "I'm Not Waiting in Line" shows Monahan trying on Mick Jagger's skin-tight pants. The tune sounds like the latter half of "Gimme Shelter," which was its model in sonics and groove. The hand percussion, piano, and Jimmy Stafford's lead phrasing are dead giveaways. Train does a credible read of Bob Mould's (remember Sugar?) "If I Can't Change Your Mind." The guitars twang and ring -- though not quite roar -- but the Hammond carries the day on top of a dirty tub thump. The slippery slow, bluesy stroll of the title track closes the set. This is the best kind of love song because it doesn't need to prove anything. It's loose, slippery, and feels raw. The classic "na-na-nana-na-nana-na" refrain, the greasy guitars, the chorus-like backing vocals and horns all give Monahan a ledge to slip out onto. And he does, bringing to the fore every hungry rock singer from Marriott's and Phil Lynott's ghosts to the young Jagger's and Rod Stewart's in his impassioned delivery. Ultimately, it's difficult to know who will embrace For Me, It's You. Critics have savaged their other outings, and it made no difference to radio or consumers. If the past is any indication, it'll be the dictate of the record's success or failure. Their willingness to bet the farm and grow as a band is commendable in an era where playing it safe is everything -- and ultimately nothing. 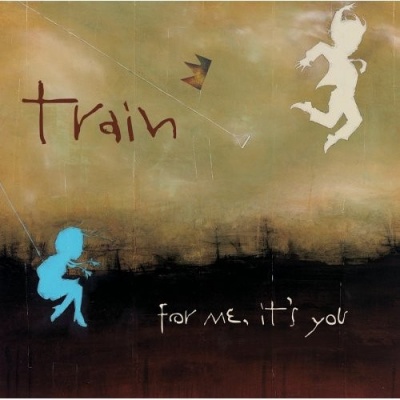 For Me, It's You Album Information