Slayer's Undisputed Attitude feels more like a stopgap than an actual Slayer record. Rather than another set of blasting, disturbing originals like 1994's Divine Intervention or 1995's Serenity in Murder EP, this album is a collection of covers. Containing 14 tracks, the band covers everyone from Minor Threat to T.S.O.L., from D.I. to Iggy Pop. Given Slayer's Huntington Beach, CA, homeland, the hardcore roots are plain enough. But HB is also a big metal town, and these cats as youngsters were exposed to everything from Motörhead to Black Sabbath and the early L.A. metal scene. True to their course, however, they've never sounded like anyone but themselves. Even on a collection of covers (with a pair of originals thrown in to boot), the Slayer imprint is unmistakable, and while taking a breather from fresh ideas on their own projects, this disc sounds like the bandmembers were having a blast if not exactly breaking new ground. All but two of these cuts are less than three minutes long, with a number of them come in under two -- in keeping with true hardcore fashion. Even on the completely over-the-rail covers of Minor Threat's "Filler/I Don't Want To Hear It" and "Guilty of Being White," the guitar breaks are unmistakably their own. Paul Bostaph's thin drumming (as opposed to founding drummer Dave Lombardo's) is actually more suited to this material. The cover of the Stooges' "I Wanna Be Your Dog" contains the title "I'm Gonna Be Your God" -- it wouldn't do for Slayer to be thought of in any way submissive, would it? (Although none would have cared but them, which tells you where they're coming from.) The band basically improves upon D.I.'s "Spiritual Law," and the long reach into Minor Threat's catalog -- four tracks done in a pair of medleys -- offers a few more examples of where Slayer come from. They are extremely heavy and extremely brief cuts, but pack a wallop. For those looking toward Slayer's more direct roots, there are a pair of early experiments from a project Jeff Hanneman was in, "I Can't Stand You" and "Ddamn," and a Slayer newbie called "Gemini," clocking in just under five minutes and offering a glimpse into the future of sludge and doom metal before it twists and turns on a dime and becomes a more typically trademarked Slayer number. Undisputed Attitude is a curiosity; it's far from an essential collection by Slayer. The true faithful will want this and most likely really get off on it. For those who admire what the band had accomplished musically to this point, it feels like a bit of a letdown, really. 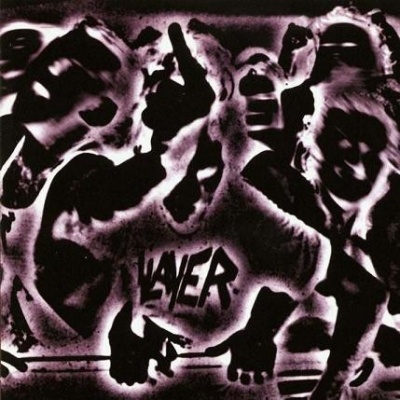