By 1998, it seems that Slayer has fully explored the possible variations on their signature style; they've had all the influence and impact they're going to, which means that in order to keep their fans' reverence and critics' respect, it's much more advisable for new Slayer material to offer competent retrenchments rather than experimentation with current trends. And they do indeed follow the former approach on Diabolus in Musica (Latin for "the devil in music"), an album that will certainly please fans while offering little that hasn't been heard before. If Divine Intervention tried (perhaps too hard) to re-create the full-on rush of the classic Reign in Blood, then Diabolus in Musica employs more of the in-between feel of Seasons in the Abyss, albeit with a thicker-sounding production and slightly more emphasis on texture than the formerly almighty riff. It may lack some of the spark and vitality of their 1980s recordings, but it's nothing to be ashamed of either. Even if their liner art keeps getting more and more graphic, the music is still the same old Slayer, and that's pretty much what sellout-wary diehards want to hear. 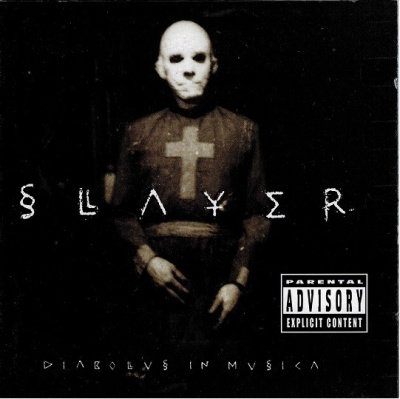