When it comes to death metal, no band is more convincing than Slayer. For other bands, focusing on death, Satanism, the supernatural, and the occult became a cliché; but Slayer's controversial reflections on evil always came across as honest and heartfelt. The group's sincerity is the thing that makes South of Heaven so disturbing and powerful -- when the influential thrashers rip into such morbid fare as "Spill the Blood," "Mandatory Suicide," and "Ghosts of War," they are frighteningly convincing. With their fourth album, Slayer began to slow their tempos without sacrificing an iota of heaviness or incorporating any pop elements. South of Heaven would be Slayer's last album for Def Jam. When Rick Rubin and Russell Simmons (brother of Joseph "Run" Simmons of Run-D.M.C.) parted company, Slayer went to Rubin's new company Def American, while LL Cool J, Slick Rick, and other rappers recorded for Simmons at Def Jam. 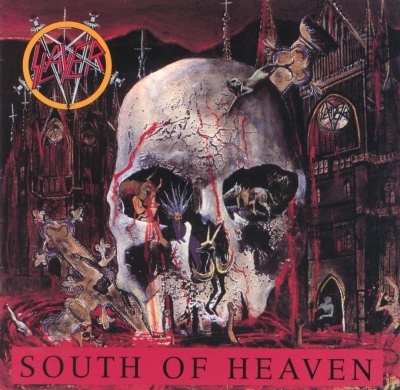