The rock & roll landscape changed dramatically between Seasons in the Abyss in 1990 and Divine Intervention in 1994. With the rise of alternative rock, many metal and hard rock bands that had been enormously successful at the dawn of the '90s were struggling by the middle of the decade. Instead of doing something calculated like emulating Nirvana or Pearl Jam -- or for that matter, Nine Inch Nails or Ministry -- Slayer wisely refused to sound like anyone but Slayer. Tom Araya and co. responded to the new environment simply by striving to be the heaviest metal band they possibly could. Less accessible than Seasons but equally riveting, Divine Intervention marked drummer Paul Bostaph's studio debut with the band. Bostaph proved to be a positive, energizing influence on Slayer, which sounds better than ever on such dark triumphs as "Killing Fields," "Serenity in Murder," and "Circle of Beliefs." Characteristically grim and morbid, Slayer focus on the violently repressive nature of governments and the lengths to which they will go to wield power. And true to form, Slayer's music is as disturbing as their lyrics. 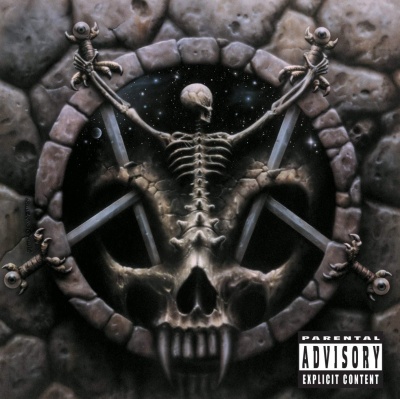