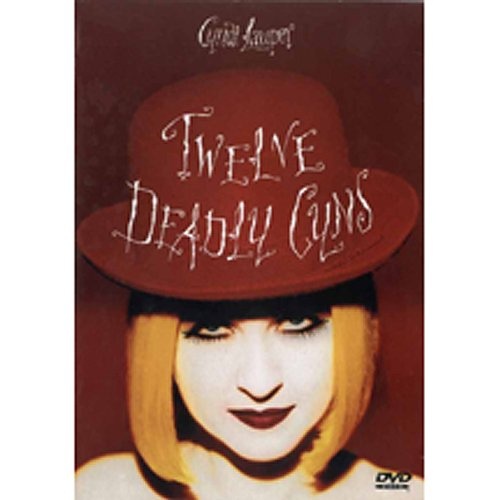 This DVD will be popular with Cyndi Lauper fans and it is well worth tracking down for casual fans too. It collects 12 of her best videos and puts them in the context of Lauper revisiting her hometown (actually Coney Island) while she discusses the importance of music in her life. Of course, the collection starts with "Girls Just Want to Have Fun," her most popular hit. The transfer quality on this DVD is quite good, which makes all her videos shine. MTV and critics seem to have forgotten how good some of Lauper's music and video artistry was. Twelve Deadly Cyns presents evidence that Lauper was, in fact, one of the important video auteurs of the early '80s. "She Bop" was a challenging song about onanism (and so says the DVD!) and the video was quite quirky and wonderful. Fans of new wave music and '80s pop should rent this DVD. It's very watchable and will remind you that Lauper was more than a one-hit wonder. Her re-recording of "Hey Now (Girls Just Want to Have Fun)" is a little too obvious, with its gay message clear in the first five seconds. Though no one has ever accused Lauper of being subtle, Twelve Deadly Cyns makes the case that there was more to her musically than people gave her credit for. The interludes between each video get tired fast, with a fun but repetitive cameo from Aida Tuturro of The Sopranos fame. Other videos include "I Drove All Night," "Money Changes Everything," and "True Colors." A written bio is also included as an extra. Since you will never see all of these videos on cable, do yourself a favor and check out Twelve Deadly Cyns. This is a solid video collection with a surprisingly large number of good quality songs.