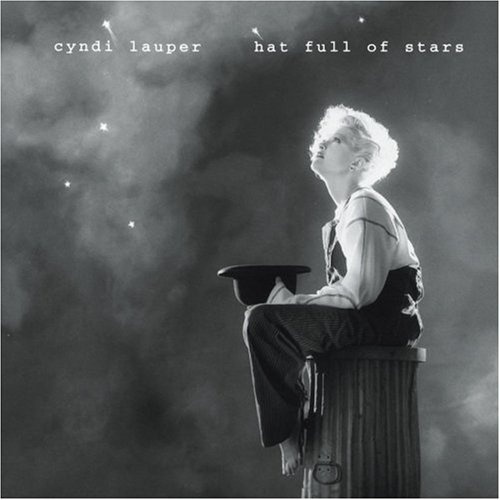 After Cyndi Lauper's disappointing A Night to Remember release, she took matters into her own hands for 1993's Hat Full of Stars, giving more of her attention to the writing and to the album's overall musical appearance. Unfortunately, the same results resurfaced, and the album failed to give Lauper a single, which at least A Night to Remember did. Hat Full of Stars has Lauper all over the map, converging into folk, soul, and other styles that have her sounding out of context and diluted. Many of the tracks have Lauper singing about social issues, and although it's a valiant effort, the seriousness just doesn't comply with her persona or her customary flamboyancy. Even with the help of Ron Hyman and Eric Bazillian, tracks like "Product of Misery" and "Someone Like Me" fail to get off the ground, mainly because of their tone and heavy lyrical weight. The title track and "That's What I Think," along with "Sally's Pigeons," make for the most promising of the 11 cuts, even though "Who Let in the Rain" and "A Part Hate" are courageous attempts. Sounding a little too driven and like she has something to prove, Lauper's adroitness seems forced to a certain degree, and the chemistry that is endeavored falls short of its mark. Cyndi Lauper sounds much more appealing and enjoyable as an effervescent pop singer wading through simplistic and feel-good material rather than trying to befriend mildly opinionated pieces, which is what happens throughout most of Hat Full of Stars.