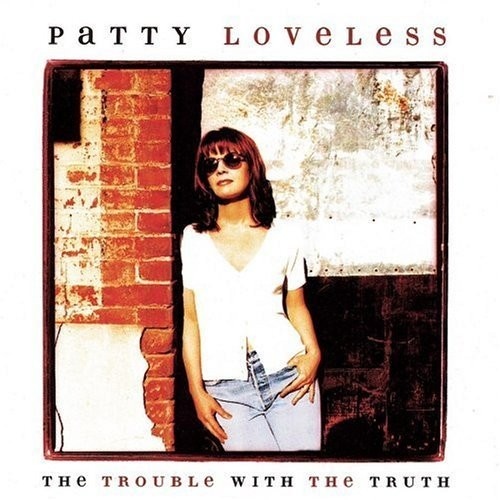 Having broken through at the tail-end of the neo-traditionalist trend in country in the 1980s, Patty Loveless was one of the few established artists to navigate the transition into the post-Garth pop-country trend of the '90s. Trouble with the Truth, her third album and the follow-up to the CMA Album of the Year When Fallen Angels Fly, found her again relying on her steady stable of writers -- Gary Nicholson, Jim Lauderdale, Tony Arata, Matraca Berg -- for another series of songs that acknowledged the country tradition of twang, yet kept to a sharp beat, and that maintained the female country sensibility of faithful loving, while avoiding victimization. "You Can Feel Bad," the album's first single and a number one hit, was a breakup song with a twist or two, while the second single, "A Thousand Times a Day," treated love as a 12-step addiction, and "I Miss Who I Was (With You)," caught a sense of regret tempered with acceptance. Some of the writing was a bit abstract, notably the title track, and there didn't seem much reason to cover Richard Thompson's up-tempo, Cajun-flavored "Tear-Stained Letter," which Jo-El Sonnier took into the Top Ten in 1988 (except, of course, that it's a great song). But Trouble with the Truth was a consistent collection that consolidated Loveless' prominent place in the country music scene of the mid-'90s.