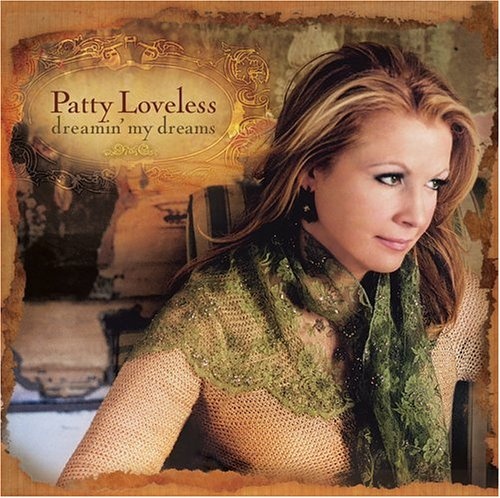 Patty Loveless breaks the Nash Vegas mold. She's living proof that talent -- God-given and well-tended -- is enough to keep listeners' attention over the years. Loveless worked hard to get where she is by consistently offering solid records, full of fine material and passionate, true performances. Dreamin' My Dreams is no exception, in fact;, it may be a crowning achievement in a career full of them. Produced by husband Emory Gordy and Justin Niebank, the set features 12 tracks by writers as diverse as Richard Thompson (the stunning, rocking opener "Keep Your Distance"), Steve Earle (a fine reading of "My Old Friend the Blues"), Allen Reynolds (the wonderful title track), Delaney Bramlett ("Never Ending Song of Love" with Dwight Yoakam as a duet partner), and Gordy (who wrote "Big Chance" with Loveless and "When I Reach the Place I'm Going" with Joe Henry), just to mention a few. Players include guitar slinger Albert Lee and fiddle ace Stuart Duncan. This is an adventurous outing for the likes of Music City. But Loveless has a track record that demands she get to take chances. Her voice (which gets better with age) never strays from the heart and soul of country music's grand tradition. The ballads here (such as "Nobody Here by That Name" or "When Being Who You Are Is Not Enough," by Jim Lauderdale and Leslie Satcher) are otherworldly; the rockers, such as Delbert McClinton's "Same Kind of Crazy" and Thompson's tune, strut, swagger, and dig deep into the basics of love and loss. Ultimately, the sheer range of sounds, emotions, and the integrity of Loveless' voice make Dreamin' My Dreams a candidate for country album of the year.