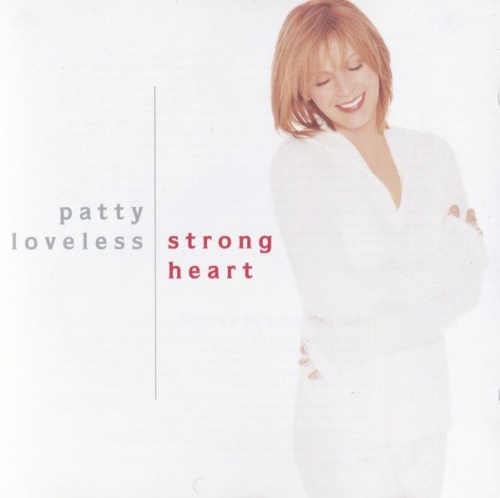 "I tell you what, we're in a rut," Patty Loveless sang in "That's the Kind of Mood I'm In," the single released in May 2000 in advance of her tenth album, Strong Heart, which followed in August. The song, a plea from one lover to another to shake up a stale romance, also worked as an unintended metaphor for Loveless' career, as the 43-year-old, who had enjoyed widespread success in country music from the late '80s to the mid-'90s, struggled to stand up to a newly pop-oriented Nashville. "That's the Kind of Mood I'm In" bowed somewhat to Faith Hill's approach, though (to its credit) it ended up sounding more Cajun than crossover, but by the time Strong Heart was released it had only gotten into the lower reaches of the country Top 40, not boding well for the album's commercial prospects. Even so, it turns out to be another well-balanced set of songs from a singer who can give effective performances in a variety of styles and tempos. The most impressive harder-rocking tunes are "You Don't Get No More," which sounds like a ZZ Top song, and the bluesy "The Key of Love," songs you can imagine Loveless singing in a roadhouse on a Saturday night. The chaste ballads "My Heart Will Never Break This Way Again" and "Thirsty" (the latter featuring Travis Tritt on harmony vocals) sound like singles, but the song that cries out to be a country hit is "She Never Stopped Loving Him," one of those big, sentimental, string-filled country ballads that ends in the cemetery. True to form, Loveless and Gordy somewhat underplay it, when this kind of tearjerker should be done all out or not at all. At any rate, Strong Heart is a worthy addition to her catalog.