Anybody older than 18 who's watched American Idol for any length of time will undoubtedly find the similarities between this talent contest and such square '60s/'70s variety programs like The Andy Williams Show startling and unavoidable. Whenever the kids are hauled out to sing an oldie or stumble through a production number, AmIdol goes into a time warp, particularly because they're nearly always singing the same songs that would have shown up on The Andy Williams Show all those years ago. That's because this is a show biz creation, not an organic pop phenomenon. It goes for the choreographed razzle-dazzle, it has the sense of "let's put on a show!" and it's about the televised show; the music is there to serve the program, not vice versa.

This makes for splendid entertainment, but the format of the show and its inherent squareness do make it difficult for contest winners to appeal to listeners their own age, since the show has positioned them to be as unhip as possible. Take Kelly Clarkson, the winner of the first American Idol, aired in 2002. Her first single, "A Moment Like This," may have been a number one hit, but it was such a staid adult contemporary tune that it suggested that her career was over before it really began, since it was not a work that played to her age or audience, and it gave her no room to grow. Somebody -- whether it was Kelly herself or her monolithic management -- realized that she was not on a path to either a long career or a successful one-shot album and rethought the game plan for her much-delayed debut album, Thankful. Originally, this album was going to come out mere months after the end of the original American Idol, but it was delayed for a variety of reasons, including Clarkson's taxing schedule and difficulty in cobbling together workable material. Ultimately, the decision to delay the record paid off, because Thankful is a sharp, versatile modern pop record, showcasing her voice, to be sure, but being much better than expectations, much better than the scores of flop diva records that cluttered the pop landscape in late 2002. Why? There are many reasons, but the biggest is that everybody involved managed to make Kelly Clarkson seem young and hip while retaining a strong sense of melodic songcraft. She still can appeal to a wide, mature audience, but no longer does the music sound quite so static. Witness the new mix of "A Moment Like This" -- it's still the same treacly song, but it now breathes; it doesn't sound stiff and reserved, it gives Kelly's voice room to roam. It's a major step forward toward a fresh sound, and Thankful follows through on its promise, delivering dance-pop that's catchy and flirty without being trampy and ballads that are tasteful without being boring. Amazingly, the album has a light, effortless touch, an impressive feat considering that it was certainly as overworked as any of the big, leaden diva discs of 2002. Much credit is due to executive producer Clive Davis, who masterminded the effort, deftly balancing the dance and ballad sides, making it sound easy. But the record simply wouldn't work without Clarkson, who can navigate the shifts in sound with vigor and personality. Although it hardly breaks any new ground, Thankful is much more demanding than an episode of American Idol, since it's all new material covering the spectrum of mainstream pop music. Throughout this record, she makes it seem effortless and charming. She can croon, she can belt out a song, she can be sexy and sassy while still being graceful and as wholesome as the girl next door. After listening to Thankful, it's hard to imagine any of 2003's American Idol contestants -- including the two favorites, loverman Ruben Studdard and clenched, show tune-loving Clay Aiken, since both have taken one sound and driven it into the ground -- being able to produce a record so versatile while sounding like it's all so easy. True, Thankful isn't a record that's earth-shaking, but in 2003 it is something special all the same: an unapologetically mainstream record that works and is very enjoyable. Maybe American Idol really does turn out pop stars. 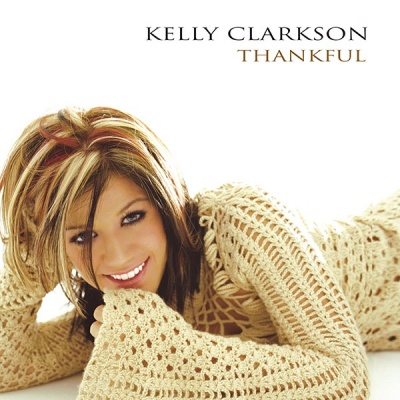