Kelly Clarkson was the first American Idol winner and the first vocalist to achieve success, but her 2003 debut, Thankful, didn't completely define her outside of the parameters of the show. While the dance-pop and adult contemporary ballads on that record were fresher than the music on AmIdol, Clarkson still hadn't escaped the show's shadow entirely: since it was a hit so close to her time on TV, it was easy to pigeonhole her as simply a creation of television, not a popular singer in her own right. So, her second album, Breakaway, released late in 2004, was a pivotal moment for her, a chance to prove that she was not a one-hit wonder, a chance to prove that she could have a real, vibrant career. Happily, Breakaway delivers on that promise. This time around, the dance-pop elements have been almost entirely stripped away, and the record instead is a rock-influenced, MOR pop affair, not entirely dissimilar to Ashlee Simpson's Autobiography, only a little bit smoother and not as heavy on guitars. Since Clarkson is a better singer than Simpson -- not only does she possess more chops, but she has more on-record charisma -- she can sell the material even when the slow tempos in the middle of record drag its momentum; she prevents the songs from sounding too samey. While there may be one too many ballads here, they often are very good and sometimes are excellent, like the light, layered, yearning title tune. Clarkson may be a fine ballad singer, but what gives Breakaway its spine are the driving, anthemic pop tunes like "Since U Been Gone," "Walk Away," and "You Found Me." These are the numbers that sound simultaneously mainstream and youthful, which is a hard trick to pull off, and they are the tracks that illustrate that Kelly Clarkson is a rare thing in the 2000s: a pop singer who's neither hip nor square, just solidly and enjoyably in the mainstream. After a bunch of rather blah mainstream pop albums, including a glut of half-baked AmIdol projects, this is a nice, low-key relief. 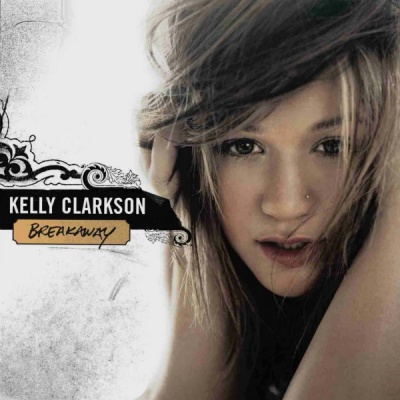