No longer needing to reassure her label and fickle fans in the wake of her wild detour My December, Kelly Clarkson settles into her skin on Stronger. Using 2009’s All I Ever Wanted as a rough template, Clarkson is nevertheless willing to dip back to the beginning of her career for skyscraping, crowd-pleasing power ballads, but she’s assuredly not retreating. Kelly lives in the modern world, and quite cannily so, at times co-opting Rihanna and Katy Perry while also making room for a duet with country hunk Jason Aldean, all the while never seeming as if she’s desperately chasing different demographics. Nevertheless, Stronger certainly has something for anybody who has ever loved Kelly: she belts out the show-stopper “Standing in Front of You,” then turns around for a blast of furious pop-punk in “I Forgive You”; she even dips her toe into brooding My December territory on “The War Is Over,” then pushes into the brilliantly dense pop of “Let Me Down”; and she cheerfully gets tough on the girl power anthems “Einstein” and “Don’t Be a Girl About It” (the latter only on the deluxe edition). Certainly, part of the variety is down to the multitude of producers and writers on Stronger, but the album’s success is entirely due to Kelly Clarkson, whose personality and professionalism turn it into her best album since her Breakaway breakthrough in 2004. 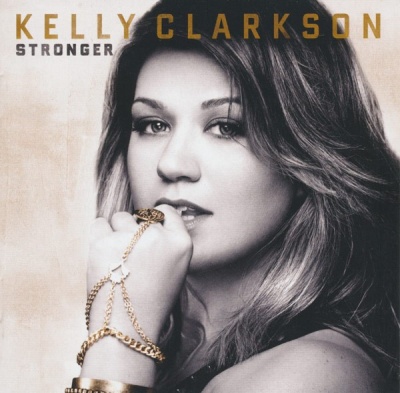