Marc Anthony, one of the truly great salseros, waited six years to release another album after 2013's 3.0, a burning salsa date, peaked at number one and remained on the Top Latin Albums chart for 251 weeks. Since then, however, Latin music has become the dominant force in pop music (just look at the streaming charts) in its fusion of elaborately produced reggaeton and trap. Many less secure veterans (Latin and Anglo) have jumped on the urbano train trying to cash in and/or remain relevant, no matter how ridiculous they sound doing so.

Anthony doesn't give a damn about trends anymore and he remains confident in his creative vision. Opus finds the great salsero working again with longtime producer and pianist Sergio George. It is not only a worthy successor to 3.0 but ultimately surpasses it. Anthony and George have crafted a 21st century salsa that is at once elegant and passionate. Their exposition of salsa is reliant on great songs and innovative charts. While percussion remains the genre's cornerstone, their reliance on the lead role of the piano -- with vibrant montunos, colorful chord voicings and melodic flair -- is the album's aesthetic guidepost. Wrapped tightly inside the mix are exquisitely layered and textured horns and transcendent strings that are never overbearing. Together, these elements elevate the songs into a unique sphere, without ever forsaking salsa's root lineage.

However, it's not only the material and arrangements that make Opus such a brilliant offering: It's Anthony's singing. His command of phrase is original and his reliance on the tension of a particular song's drama is resonant while his rhythmic engagement with the musicians is nearly symbiotic. Opener and lead single "Parecen Viernes" commences with a lush romanticism before transforming itself in the bridge into a furious dance jam. While "Tu Vida en la Mía" is as close to lineage salsa as it gets, there are compelling innovations, like the backing chorus offering a doo wop response to his lead vocal. The anthemic jazzy horns that introduce "Soy Yo" team with congas to create a foundation for Anthony's emotionally committed improvisational delivery. "Lo Que Te Di" is a ballad turned inside-out with a contrapuntal juxtaposition of double-timed percussion and horns become the surface for piano and an electric bassline to cook upon. Anthony's singing is rich, expressive, and as rhythmically engaged as it is athletically capable. "Si Pudiera" is a passionate love song, that stretches itself between the poles of bubbling salsa and romantic balladry with enough drama in the narrative delivery and chorus to bridge them both and emerge with something of Anthony's own creation. Opus is properly titled -- it's a masterpiece, but one less anchored to salsa's tropes than its possibilities. A lesser singer couldn't pull this off, but for Anthony, it's effortlessly natural. 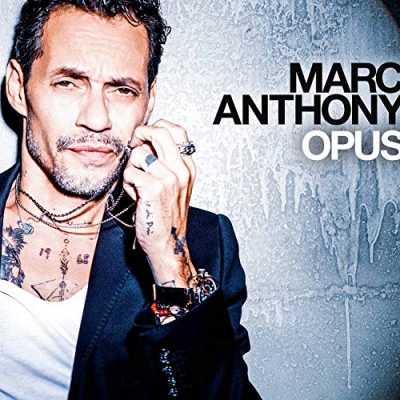