Marc Anthony plays the role of Héctor Lavoe in El Cantante, the film he had been wanting and waiting to make for many years. Lavoe is a hero to salsa fans, famed for the artistry of his vocals and the intensity of his rhythm; his records with Willie Colón during the early '70s were high points for salsa, and they paved the way for many vocalists to come (including one Marc Anthony). Anthony's physical resemblance to Lavoe is only passing, but no other musician alive could have done as much with this soundtrack tribute to Lavoe. Enlisting a variety of famed salsa musicians (including Yomo Toro, Marc Quiñones, Bobby Allende, Milton Cardona, José Mangual, and Tito Allen), Anthony and producer Sergio George reprise nine of Héctor Lavoe's best moments on wax, including "Aguanile," "Che Che Colé," "Mi Gente," and the title track. The arrangements are very faithful to the '70s and '80s originals, except for occasional strings that work very well in context. Anthony and his group are dynamite, creating the type of excitement that's capable of bursting more than a few stereotypes and making newcomers to salsa realize that it's an incredibly important, incredibly artistic music. The tenth track finds Jennifer Lopez, Anthony's wife in the film and in real life, performing a pop ballad titled "Toma de Mí," which functions pretty well as a love theme to El Cantante. For a direct look at what Lavoe meant to music, check out the two-disc compilation La Voz, but fans of the picture will want to own these songs as well. 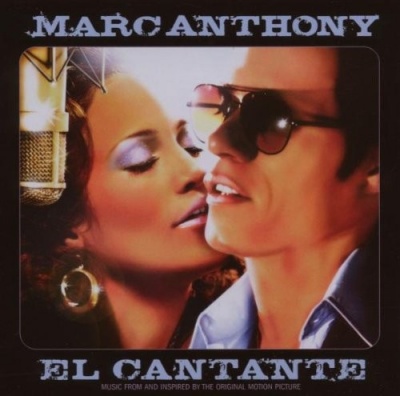