Delivering an album like Amar sin Mentiras shows that Marc Anthony isn't concerned right now with grabbing new fans. Instead he's focused on those who swoon and scream whenever he "brings it down a little." Urgent, passionate, and very limited, this is Anthony's Latin pop album, not a pop album nor a salsa album. If you were unaware that he was being so strict with the motifs, you're not alone, but it's an easy way to steer away anyone expecting something fiery or light. The album is heavy, heavy with passion and heavy with heartbreak with barely any percussion. The light beats of "Valió la Pena" and "Tan Solo Palabras" break things up just a little, but Anthony gets breathy just to make sure dancing doesn't overtake swooning. He's in fine voice throughout, the arrangements are lush without being drippy, and the melodies are solid. There's also the ballad with new "not-talkin'-about-it" bride Jennifer Lopez which will give fans plenty to discuss but just adds to the single-mindedness of the album. Can you fault Anthony for recording an album that a certain faction of his fans will devour? Not when he's so good at it. To paraphrase a cliché, the little, teen, middle-aged, and golden-aged girls will understand and the rest should just stay out of their way. 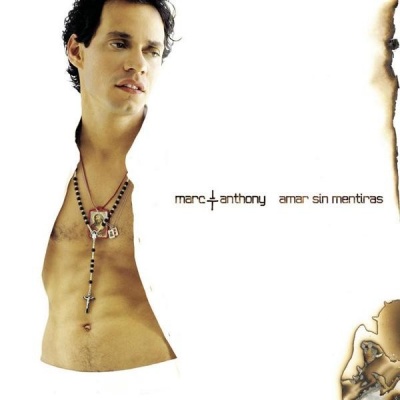