After several release date shuffles, Marc Anthony issued his sophomore English-language set, Mended, in 2002, shortly after issuing Libre, another excellent Spanish-language salsa album. (Note that both album covers are from the same photo shoot.) Mended delivers more of Anthony's passionate, urgent songs of love and betrayal, destined for mass consumption, which is what his English-speaking fans have been clamoring for. Shining moments include the fiery and exotic single "I've Got You," which also closes off the album as the Spanish-language track "Te Tengo Aquí," the sexy, mid-tempo "Love Won't Get Any Better," and the album's true highlight, the gutsy, electric, and relentless "Tragedy." That song, incidentally, was slated to be the album's first single, and had begun receiving radio play in the U.S., but was pulled after the events of September 11th. Despite these surefire hits, the album is weighted down by quite a bit of unremarkable material, including "I Reach for You" and "Give Me a Reason," the latter of which seems borderline listless. And the ballads -- oh, the melodrama! None of the many ballads come close to the soaring heights of "You Sang to Me," the closest of which, "I Wanna Be Free," still doesn't match the beauty of that earlier hit. The lyrics are gooey, and the songs seem quite middle of the road, although "Everything You Do," which could have easily come off as pure schlock, winds up being quite likable. So, despite some remarkable moments and Anthony's always excellent singing, the almost too exquisitely produced Mended seems somewhat anticlimactic, which is a shame, considering the breadth of Marc Anthony's undeniable talent. 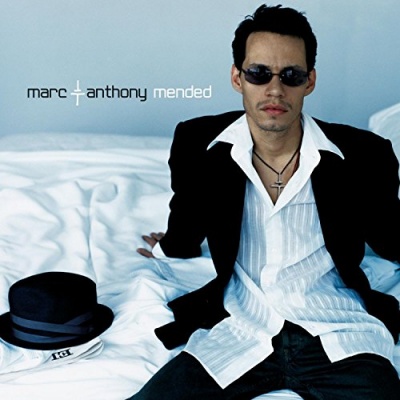