Nothing Has Changed Review

Nothing Has Changed is a bit of a cheeky title for a career retrospective from an artist who is known as a chameleon, and this triple-disc compilation has other tricks up its sleeve. Chief among these is sequencing the SuperDeluxe 59-track set in reverse chronological order, so it opens with the brand-new, jazz-inflected "Sue (Or in a Season of Crime)" and concludes with David Bowie's debut single, "Liza Jane." On paper, this seems a bit like a stunt, but in actuality it's a sly way to revisit and recontextualize a career that has been compiled many, many times before. Previously, there have been single discs, double discs, and triple-disc boxes, but the largest of these was Sound + Vision, a box released in 1989, and the most recent was 2002's The Best of Bowie, which featured slightly different track listings in different territories but generally stopped in the late '90s. The two-CD version of Nothing Has Changed resembles this 2002 set -- there are absences, notably "John, I'm Only Dancing," "Diamond Dogs," and "TVC15," but they're not noticed among the parade of standards -- but it's easily overshadowed by the triple-disc SuperDeluxe set. This version of Nothing Has Changed touches upon nearly every phrase of Bowie's career, bypassing Tin Machine but finding space for early pre-"Space Oddity" singles that often don't make Bowie's comps, and naturally it samples from his fine Y2K records, plus his 2013 comeback The Next Day. This expansiveness alone would be noteworthy, but when it's combined with the reverse sequencing the compilation forces listeners to reconsider an artist whose legacy seemed so set in stone it appropriately was enshrined in museums. Obvious high-water marks are undersold -- there's not as much Ziggy as usual, nor as much Berlin -- so other eras can also enter the canon, whether it's the assured maturity of the new millennium or the appealing juvenilia of the '60s. The end result is something unexpected: a compilation that makes us hear an artist we know well in a whole new way. 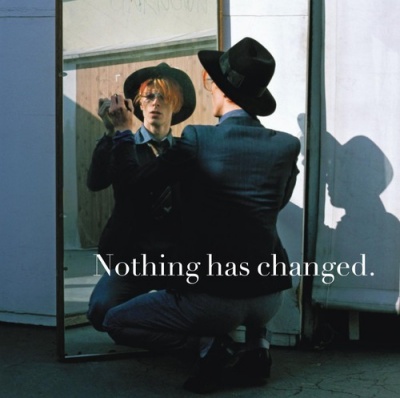 Nothing Has Changed Album Information