Originally released as a home video in 2004, David Bowie's A Reality Tour saw a two-CD audio release slated for January 2010, with three previously unreleased bonus tracks -- "Fall Dogs Bombs the Moon," "Breaking Glass," "China Girl" -- adding value to those hardcore fans who already own this concert as a DVD. In either the video or audio incarnation, this November 2003 Dublin, Ireland show is an entertaining, open-hearted set, finding Bowie running through a generous selection of oldies -- both hits and album tracks, including songs written by Bowie, like "All the Young Dudes" and "Sister Midnight" -- and new songs that hold up well next to the classics. This is Bowie in his mode as a crowd-pleasing professional, playing with considerable charm and skill, offering no surprises but plenty of pleasure: it's not the first album that will come to mind when thinking of live Bowie, but as it's playing, it's hard to resist. 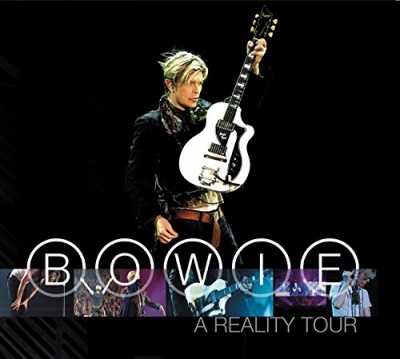