This live CD/DVD, Joe Satriani’s fourth live album and third within a decade, documents a May 2008 performance in Paris given not long after the release of his 2008 album Professor Satchafunkilus and the Musterion of Rock. Expectedly, Satriani dips fairly heavily into that new record -- the title song, which opens the album, is from Professor Satch -- but what’s played isn’t as important as how it’s played, as it always is with Satriani. This isn’t a departure, it’s a crowd-pleaser, not in terms of songs -- although almost all of Satriani’s anthems are aired -- but in terms of sound, with the general style being familiar and the details different, with Satriani continuing to find fluid, inventive ways around the fretboard. Such details are the province of the diehard, but then again, those considering purchasing Satch’s second double-disc live set aren’t dabblers; they’re in it for the nuanced phrasing Satriani manages regardless of the speed or volume of his playing, and Live in Paris offers as many marvelous moments as his other live sets. 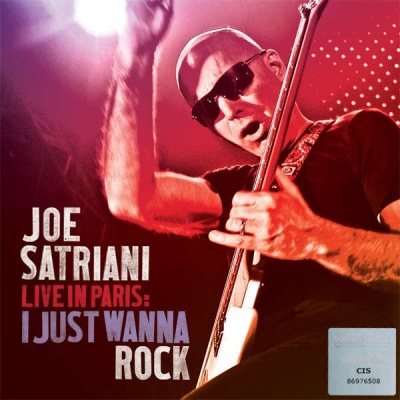