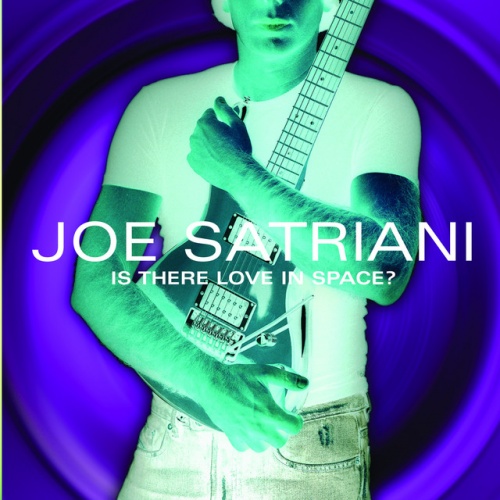 Guitar boss Joe Satriani's ninth album reflects the terrain he's traveled more than it points to an unexplored one -- and yes, that does prove to be a good thing. Satriani has explored many directions over eight previous albums, mashing together rock, blues, jazz, and pure technical proficiency in a dizzying blend that bears his unique signature. Is There Love in Space? recalls two distinct projects from his catalog, the groundbreaking Surfing With the Alien and the exotic Strange Beautiful Music. From the former is the driven, balls-out, tough blues-and-hard rock riffs and hooks, while from the latter are involved and sometimes intricate melodies and Eastern-tinged modes -- though none of the electronica. Satriani's sense of writing catchy turnarounds and hooks is ubiquitous here, and though he uses keyboards, they are never employed as more than devices to further along the framework of a particular tune. Even the vocal cuts here work well, "Lifestyle" with its roosty rock & roll vocal, boogie on methamphetamine whir, and bombastic power chords is a great choice for a single, as is the stomping, metallic "Hands in the Air," which updates Steppenwolf's "Born to Be Wild" riff in extremis. The mid-tempo tunes, such as the wah-wah-phased title track and the shimmering "If I Could Fly," are nice changes of pace too. The funky future blues of "I Like the Rain" features a slightly annoying vocal, but in its ZZ Top-fueled desert boogie, it hardly matters. The masterpiece on the set is "Searching," however. It's slow- to mid-tempo stride and minor key cadence pushed to the limit by the razor-wired and feedback aesthetic of its ten-minute sprawling excess. While guitar hero records are anything but cool in the new century, this guitar hero offers one cool little record.