Forever Young, Gifted & Black: Songs of Freedom and Spirit is a textbook case for preparing a compilation by a single artist, thematically. These 11 tracks were recorded between 1967 and 1969, at the split seam in cultural and political history, where the African-American civil rights movement ceded its popularity -- among young people -- to the more visceral and visual Black Power movement. As an artist, Nina Simone was a presence and participant in both. Her influence continues to be an anchor and an inspiration to songwriters and singers from Alicia Keys (who wrote a short liner essay here) to Tracy Chapman, Robinella, Me'Shell NdegéOcello, and Lauryn Hill, to name a few. The compilation contains a smattering of her many songs that deal with struggle, equality, and perseverance. It opens with "To Be Young, Gifted and Black," issued as a single in 1969 (the CD is bookended by this version and a live one at the end). The song itself is timeless; it rings with assertiveness and conviction nearly four decades later. But this is merely the beginning. There are three unedited performances here, all of which were originally cut and reshaped by producers for various recordings. The first of these, "Why (The King of Love Is Dead)," was written by her bassist, Gene Taylor, after hearing that Dr. Martin Luther King, Jr. was assassinated. The previously issued version was part of the "Martin Luther King Suite." Here, it contains full spoken and sung sections and is nearly 13 minutes long. To call it stunning and revelatory would be an understatement. Ditto the full version of "Mississippi Goddam," which was also part of the aforementioned suite. This is the first time either of these recordings have appeared on CD in full unedited versions. Likewise, "Revolution (Pts. 1-2)" is restored as one tune instead of two as it appeared on To Love Somebody in 1969. A couple of unreleased alternates are fine touches and offer different shadings, colors, and interpretive gestures to their album-issued counterparts: Simone's wonderful read of "Turn! Turn! Turn!," stripped to her voice, piano, and a pair of backing vocalists; and "Ain't Got No/I Got Life," cut for 'Nuff Said!, which contains a horn section. Other tracks here, such as Simone's reading of Bob Dylan's "The Times They Are A-Changin'" and "I Wish I Knew How It Would Feel to Be Free," are strident, forceful, soulful, and deeply moving. Fans will want this comp for the unreleased material and for its thematic slant. Those seeking out Simone for the first time may look to other sources, but this is a side of the artist that was present in everything she ever recorded, and deserves the focus it receives here. In these dark times in the early 21st century, these are songs of hope delivered by a true American original. 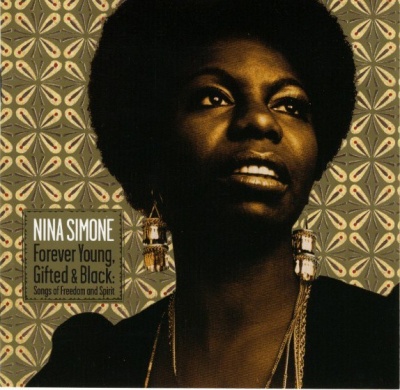