Simone had long since departed the Colpix label by the time of the 1966 release of this record. That accounts for its pasted-together contents, which combined some previously unreleased material with tracks with strings. Actually, not all of the selections had strings, which yielded a pretty misleading album title. That technicality isn't really important. This is not the Nina Simone record to start with, but if you like Simone enough to seek out a lot of her albums, there's some worthwhile music here, even if the programming isn't so smooth. The production is uneven, sometimes with the kind of strange echo and imbalance that makes the music sound as if it was recorded in a dressing room. Although Simone sings well on every take, the standards are outshone by the earthier tunes, like "Chain Gang (The Work Song)." Certainly the best number is "Blackbird," with its creepy bass and percussive slaps the only accompaniment for Simone's magnificent spiritual vocal. 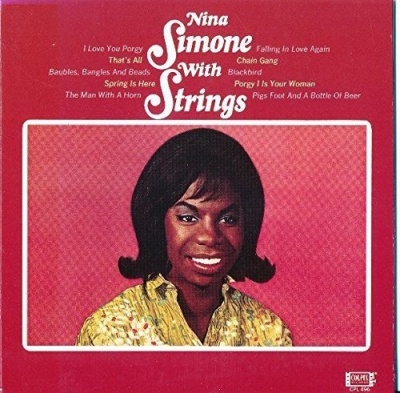