After an uncharacteristic (for her) four-year hiatus from recording, Nina Simone returned to the fringes of the pop world with Baltimore, the only album she recorded for the CTI label. While it bears some of the musical stylings of the period -- light reggae inflections that hint of Steely Dan's "Haitian Divorce" -- the vocals are unmistakably Simone's. Like many of her albums, the content is wildly uneven; Simone simply covers too much ground and there's too little attention paid to how songs flow together. As a result, a robust torch piano ballad like "Music for Lovers" is followed immediately by one of Simone's more awkward moments, an attempt to keep up with a jaunty rhythm track on a cover of Hall & Oates' "Rich Girl." Still, one must give her credit for always being provocative in her cover song choices, as she clearly scores on the Randy Newman-penned title track and a dramatic reading of Judy Collins' "My Father." Her voice throughout is in fine form, even when she phones it in on the album-closing traditional gospel tunes, but arranger David Matthews is a mismatch for her: He blows the arrangements with excessive string overlays and needlessly blaring background vocals. Simone herself all but disavowed the album shortly after its release, testament to her eternally contrarian, iconic nature. Despite her misgivings, though, Baltimore is an occasionally spellbinding if erratic album, a challenging and worthwhile listen for people ready to dip into the lesser-known entries in Nina Simone's vast catalog. 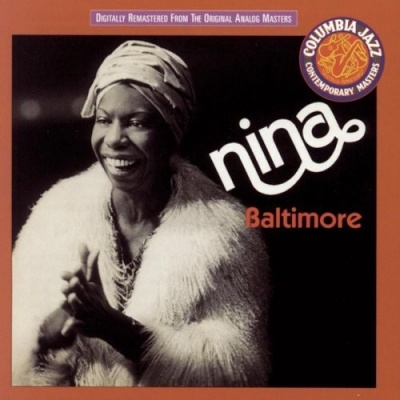