Her own best accompanist (especially during the crossover-happy '60s), Nina Simone sings and plays on this 1969 LP. With strident vocals and a thoughtful piano backing, Simone makes her own a pair of radically different (though similarly fatalistic) compositions, Blind Willie Johnson's "Nobody's Fault But Mine" and Randy Newman's "I Think It's Going to Rain Today." Her version of "Everyone's Gone to the Moon" leans dangerously close to avant-garde overkill, but she returns with good performances on "Compensation" and "Who Am I?" A great moment comes when a tambourine finally joins her midway through "Another Spring," and the lone jazz standard ("I Get Along Without You Very Well") is given a touching performance. In an era when Simone often veered from crossover to experimental, Nina Simone and Piano! is undeniably difficult, but frequently rewarding. 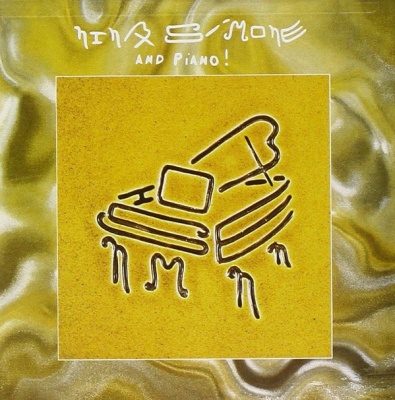