Grateful Dead tape archivist Dick Latvala has not only picked the concerts in the Dick's Picks series, but also made editing decisions, and his choices on this four-CD set are liable to be controversial. The Dead's three-night stand in Boston in the fall of 1973, shortly after the release of Wake Of The Flood produced what most Dead Heads consider a good show (11/30), an off-night, more for the audience than the band (12/01), and a great show (12/02), the last mainly because of a particularly experimental "Mind Left Body" jam in the second set. Here, Latvala presents edited versions of the first and third nights (two CDs each), creating some interesting contrasts since, for example, 11/30 begins with "Morning Dew" and 12/02 ends with it, and each show features a long "Playing In The Band" and a performance of "Weather Report Suite" from Wake Of The Flood. The cuts are for the most part judicious, but some fans may question the consolidation of the shows. Still, at four discs, this is the longest Dick's Picks yet and may be testing the waters for even longer volumes that would be more complete. 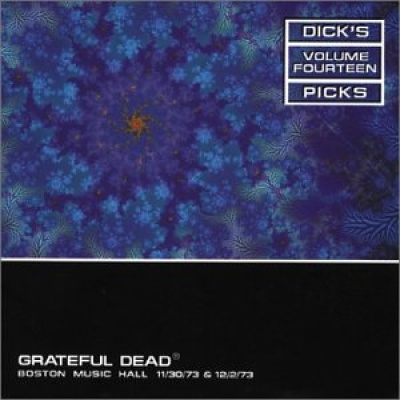 Hanging Out The Great Outdoors